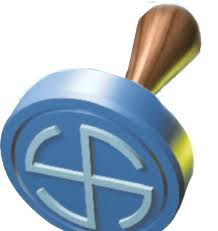 The people’s mandate yesterday wasn’t all that surprising but the margins had more to say than mere numbers. Like someone told on television yesterday, the voting for once was influenced by issues other than caste and other petty mundane yardsticks that have defined electoral reactions over the decades in India.

Each of the victories has a different message from the junta to the politicians, and thankfully all of them are constructive and development oriented. Let us go state by state.

1. West Bengal
The undisputed case of a historical result, overturning a 34 year old Communist rule and handing it to a lady with stronger communist values! Yes, the people of Bengal have not forgotten their Communism, but the leaders of the Communist parties have. They have voted for the political leader who stood by the poor working class in their fight against international conglomerates. The have voted for the safer custodian of true Communist values.

The result is special because it sends out a clear message to the political parties that the true power of a democracy still lies with the people, who want to change with changing times. A political outfit that cannot reinvent itself with time is obsolete and unworthy of people’s support. But the good news for the Communist party is that there is a lot of scope to change. 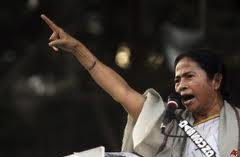 The average Bengali voter did not vote against the Communist for what happened in the last 2-3 years. Instead he looked around and saw how various states have emerged in the past thirty five years. He contemplated how in spite of being one of the first metro cities in the country he has had to be a passive onlooker when cities like Bangalore, Hyderabad and Pune rose to international standards of popularity and prosperity. He stared at the improvement in lifestyle of the people in most of the other Indian states and then turned back to find the same slums from Dominique Lapierre’s City of Joy behind him.

At this juncture the average Bengali decided that it was time for things to change. But now what remains to be seen is how his life travels from here now that the red light has turned green!

2.Tamil Nadu
The forever underestimated population of Tamil Nadu has now shown why they would not allow that trend to continue. Elections in the state have always been a contest of freebies and bribes. The more the money and gift you offer, the more likely you are in power. But the math this time was not so simple, especially for the ruling party. 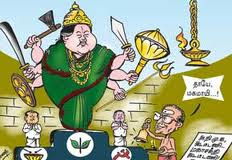 While political parties blame the anti incumbency factor for the result, the clear margin of AIADMK victory in the state indicates that the junta has come of age. Corruption and disgrace to the state is intolerable to all sections of the society- both rural as well as urban, even if the persons in question have been their ideological leaders for years together!

Also, the decades long trend of political parties trying to capitalise on the illiteracy and lack of awareness among the people from the rural areas by showing them bright prospects ad iterim in the run up to elections has backfired.

The message – the days of blind hero worship and generational loyalty to a particular political outfit are gone, and elections in Tamil Nadu like any other state will be driven by results!

3. Kerala
One of the most intellectual set of voters in the country. I believe that Kerala is one of the few places in India where a politician however old or strong is brought to his/her knees by the public at the time of elections.

A five time state minister since 1957 K.R.Gowriamma and her party’s complete wash out from the scheme of Kerala politics after yesterday’s election result is the latest example of the ruthless attitude of the people of Kerala when it comes to politics. Also notable in this context is the election of long time NRI Dr.Shashi Tharoor from the state capital constituency to the Lok Sabha in 2009, when the people did not allow regional sentiments (Dr.Tharoor is not a native of Tiruvananthapuram and has never lived in Kerala) to work against a bright and highly educated candidate with international exposure to represent them in New Delhi. 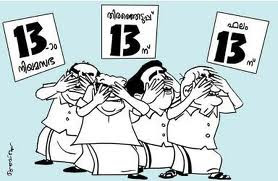 By offering the UDF an utmost wobbly government under the strict supervision of opposition leader Comrade VS, there is no way the government can even consider deviation from the people’s expectations. Also this was probably the best way people of Kerala could show their appreciation to the clean and uncorrupt Left leader VS Achuthananthan, at the same time expressing their displeasure at his fellow partymen and disgust at the intra-party issues and problems in the left front!

The message from Kerala- Checkmate UDF! One wrong move and you’re gone!

4.Assam
Keeping Assam to the end is analogous to saving the best part of the cake for the last bite! Assam is the perfect example of the change that summarises all the aforementioned messages.

The one and only message that goes out from here- Do your job impartially to the best of your abilities in the welfare of your people and you shall be voted back to power. No anti incumbency factor for performance oriented governance. This is how a progressive democracy works!

In conclusion, I reiterate my belief that the mandate of the assembly polls clearly indicate that change has indeed come to Indian politics. In partnership with the wave of anti corruption movement across the country and youth participation in nation building activities, we have a bright and development oriented future to look forward to! 🙂