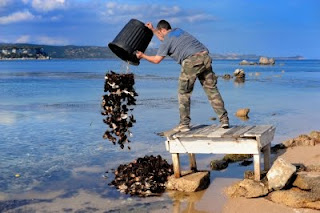 The best way to come out of a writers’ block is to (re-) start off with something not so creative, yet delivering a satiating output, so that on the response to this output one can build upon. So here I am, writing about a story that I heard from my grandfather as a child. The story isn’t particularly great, but its got hell a lot of stuff for a thoughtful brain. So here it is…

There lived an old guy in some part of India in a small village (although not in any way relevant to the story, such a start helps many people identify themselves with the good old days of grandpa and grandma tales) He had a son who went to the town everyday to work. Now this old man was very old (LOL at the sentence), and he had a wish. He asked his son to bring him betel leaves while coming back from work every day.

The first day the boy brought some extra betel leaves. The man had some and stored the rest away (in a fridge? I don’t know!). The next day when his son brought fresh betel leaves, he chewed the ones he had put away the previous day and replaced them with the fresh ones. And this routine continued. The old man continued to keep the fresh leaves safe and chew the stale ones.

Probably I used to fall asleep by this point of the story, for I fail to recollect if there is anything further in it! Never mind, my interest lies only up to this part.

As a child, this story wasn’t anything fascinating. But as I grew up, there is something I found ingrained in this story that reveals itself only to its seeker.

‘The ability to discard’ is a character that we Indians, in particular, lack. To throw away anything, we think twice, thrice and endless number of times only to decide to put it away for ‘some’ use in the future (this fictional purpose shows up every time we think of discarding something but never after that!).

Open the refrigerator and you can find food older than a week or eatables that got past their expiry date craving for your attention there. The best place to look for your family heritage, especially if you are living in your ancestral house, is the attic and overhead storage units that remain neglected since the time you have ever known them. You can be certain to find an old diary or photograph or sometimes much bigger elements of your ancestry there! In cities, we live in relatively small apartments with hardly three or four rooms but still manage to misplace something or the other every day. Like my mother frequently says, “Half of one’s life is spent in searching something or the other.” LOL!

And another thing with us. We associate everything around us to religion. Flowers, food, paper. You name it and I can find something religious about it! Until very recently (to be precise, until I completed graduation) it was a sin to shred paper before discarding it. I would be disrespecting Goddess Saraswathy if I did so. Throwing away food was beyond sin! Accumulating trash over trash, in the process! Health and hygiene – gone to the dogs! Don’t worry, God will take care of it. “Humbug” I’d say, if I were allowed to have an opinion on this one. But alas! That would be another symbol of my sinful irreverence.

So coming back to the old man and his betel leaves. He was a typical Indian scared of trashing eatable stuff. If God becomes angry, he may never get betel leaves again! But the truth is that even our religions teach us not to accumulate trash- physical or mental. Discard the ones that do not serve any purpose. For only if you discard the useless can you replace them with something good, something new and useful; and only then will life and lifestyle improve.If he had thrown away the stale betel leaves on one day, he could have probably chewed fresh ones for his entire lifetime.

So, Think fresh, Eat fresh, Be fresh! Make a conscious effort to never accumulate trash, in any form!

14 thoughts on “A Grandpa tale… Or Life Lesson?”